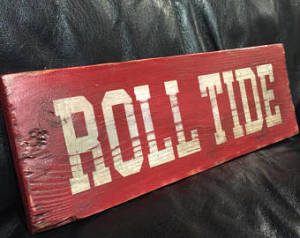 Luvon was born on December 28, 1954 in Columbus, GA to the late Vernon and Betsy Griggs.  He was employed at Field Crest Mills as a Loom Fixer retiring after 30 years of dedicated service.  Afterwards, he worked at White Brothers Automotive in the delivery department.  Luvon was a well-liked and influential man who spent his life helping others.  He served as President of the Union for Mill Workers where he wholeheartedly supported his fellow co-workers.

When it came to college football, Luvon made it very clear that he was a huge Alabama fan.  Besides watching the games, he also enjoyed golfing with his family and friends.  This wonderful husband, father, grandfather, and brother will be greatly missed but will always hold a very special place in the hearts of each member of the family he loved so very much.

Other than his parents, Luvon is preceded in death by his brothers, Ricky Griggs and Larry Griggs.

Flowers will be accepted or donations may be made to Rose Hill Baptist Church, 2100 Hamilton Rd, Columbus, GA 31904.

Those so desiring to extend condolences may visit www.vancebrooksfuneralhome.net.